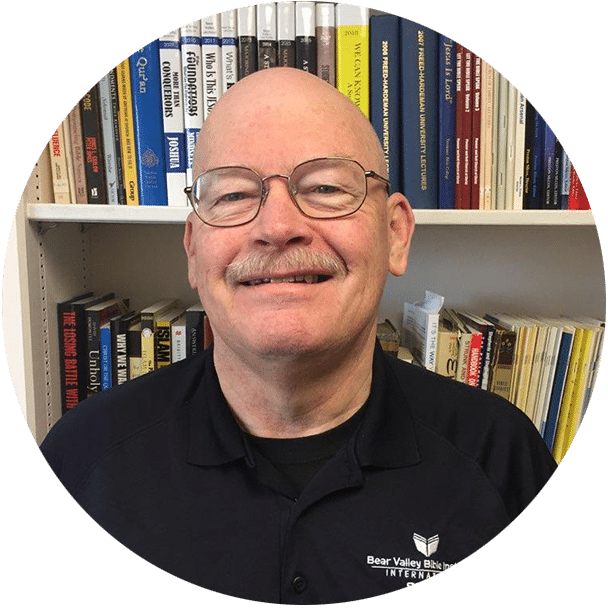 Holds Masters degree (Bear Valley Bible Institute of Denver). He has served as a missionary in Chile, South America and currently teaches courses in the Latin American extensions. 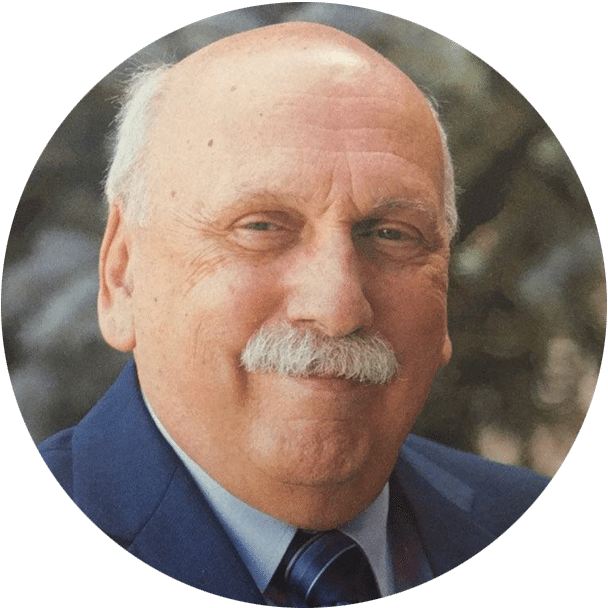 Holds B.S. (University of Phoenix) and a M.B.S. (Bear Valley Bible Institute of Denver). Former missionary in New Zealand. Preacher in North Dakota and Colorado. Instructor at Bear Valley since 1977. 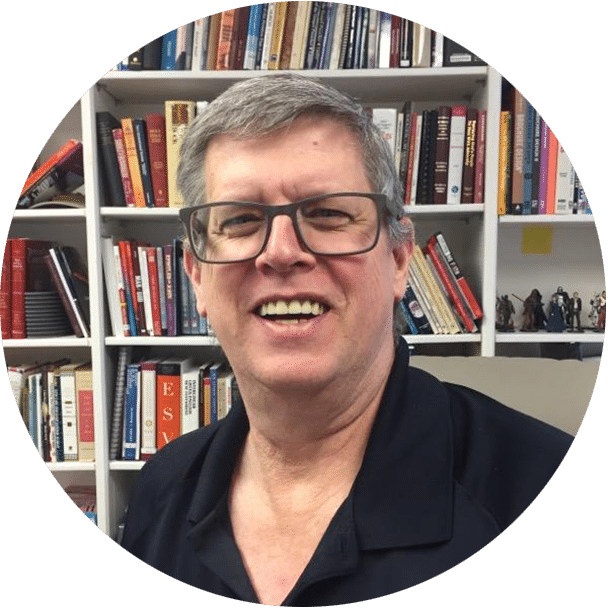 Holds B.S. (University of Phoenix) and a M.B.S. (Bear Valley Bible Institute of Denver). Former missionary in New Zealand. Preacher in North Dakota and Colorado. Instructor at Bear Valley since 1977.

Dean of the Master’s in Missions Program

Bob Turner graduated from the Bear Valley Bible Institute in February 1993. He currently serves as the Director of Extensions and Dean of the Master’s in Missions Program as well as an instructor for the Bible Institute in Denver. Bob has been with the Bear Valley Bible Institute for the past five years. He served as a missionary in Prince Rupert, B.C. Canada for five years, and served full time with the Greenbrier Church of Christ (Greenbrier, Arkansas) for 11 years. While at Greenbrier, Bob completed his Master’s in Biblical Studies from BVBID and is currently working on a Master’s of Arts in Global Leadership with the Fuller Theological Seminar, with plans to begin a Doctorate in Missions. Bob is married to the former Sheryl Brown. They have been married almost 31 years. They have three children, all grown and married. They also have 8 grandchildren. 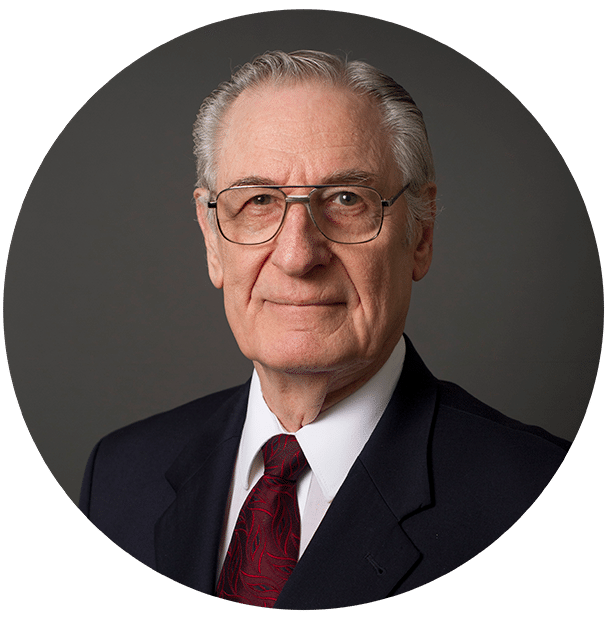 Earl D. Edwards was born in 1933 in Nevada, MO, to parents who were farmers.  He lived and worked on the farm until he was 18 years old, when he left to attend what is now OCUSA for two years and then he finished his bachelors at David Lipscomb in 1956.  He married Gwendolyn Hall in 1953.  From 1956-60, Edwards worked as the preacher for the Pleasant Valley church in Wichita, KS.  In 1960 the Edwards went as missionaries to Italy and remained in that work for 16 years where Earl served the last twelve years holding meetings (in Italian) all over Italy and in administrative roles (including director) in the Florence, Italy, Bible School.  After his return, he taught for one year in the Bible department at Harding University (Searcy, AR) and then served for five years as local evangelist (and for two years as elder) at the church of Christ in Wynne, AR.  In 1982 he was hired by Freed-Hardeman University and shortly afterward finished his Master of Theology at Harding Memphis and later completed his Doctor of Missiology in 1985 while teaching at FHU.

When he came to Freed-Hardeman, he first served as Director of Mission Studies, then as the first Dean of the School of Biblical Studies, and from 1989-2008 as the Director of Graduate Studies in Bible.  He is now an adjunct professor.  Since 1997, he has served as one of the evangelists at the Finger, TN, church of Christ and since April ’99 as one of its elders.  In addition, Edwards preaches in several meetings, seminars and lectureships each year all over the U.S. and in numerous foreign countries.  Edwards was the honoree of the “Appreciation Dinner” of the 2004 Freed-Hardeman Lectureship.  In 2007, he published Protecting Our “Blind Side,” which deals with many “contemporary issues” in churches of Christ. In 2008, he authored the Truth for Today commentary volume on First and Second Thessalonians. In 2018, he published a new book: Father, Son, Spirit, and Word.

Edwards has two children:  Terry, who formerly taught for Harding in Searcy, AR, is now on the Bible faculty at Faulkner University in Montgomery, AL; and Karen, who (with her family) is active in the Southeast church of Christ in Houston.

Edwards lost his first wife to cancer in 1986, and he and Lora Young have been married since 1988.

Brad Harrub holds an earned B.S. degree in biology from Kentucky Wesleyan College, and an earned doctorate degree in anatomy and neurobiology from the College of Medicine at the University of Tennessee in Memphis. He is listed in Who’s Who Among Scientists and Researchers. He authored the books Convicted: A Scientist Examines the Evidence for Christianity, Dissecting the Truth, and coauthored the books, The Truth About Human Origins, Investigating Christian Evidences, Matters of Life and Death, and Diamonds in the Rough: Nuggets of Truth from God’s Word. Currently, Dr. Harrub serves as the Director and cofounder of Focus Press and as co-editor of Think magazine, a monthly magazine on Christian evidences. He and his wife Melinda attend the Woodson Chapel Church of Christ in Nashville, TN. They have four children: Will (9), Reese (7), Claire (4), and Luke (1).

Jerry Martin holds a B.A. in Bible and an M.S. in Counseling from Southern Christian University. He is working toward his Ph.D. in Marriage and Family Therapy from Southern Christian. Martin has worked with congregations in Louisiana, Georgia, Alabama, Colorado, and Tennessee. He is the pulpit minister for the Cordova church of Christ in Cordova, TN, an instructor at the Memphis School of Preaching, and a counselor in the Memphis area. Martin and his wife Denise reside in Cordova, TN.

Stafford North holds a B.A. in Speech from Abilene Christian, an M.A. in Speech from Louisiana State, and a Ph.D. in Speech from the University of Florida. North has worked with congregations in Oklahoma, Kansas, and Florida. He is best known for his work at Oklahoma Christian University, where he has served since 1952. North has served there as a Bible teacher and also as an administrator, including twenty years as Executive Vice President. He is one of the elders at the Memorial Road church of Christ in Oklahoma City. North and his wife Jo Anne reside in Edmond, OK. 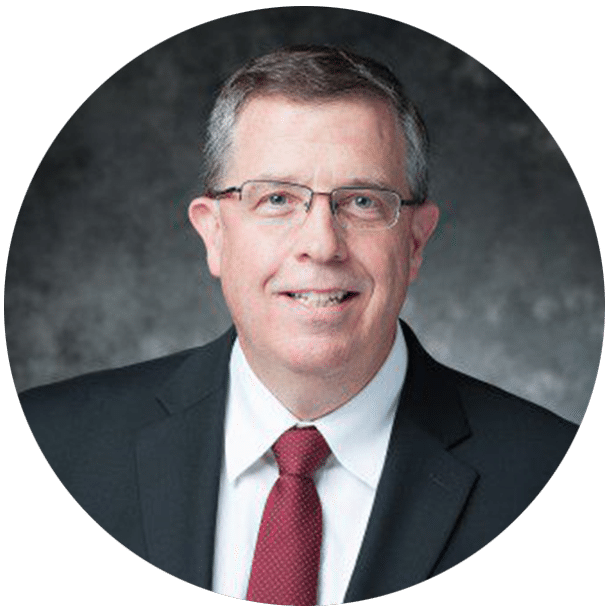 Dan Owen holds a B.A. in Bible and Biblical languages from Oklahoma Christian University, an M.A. in Greek New Testament from Harding Graduate School of Religion, and a Ph.D. in Curriculum, Instruction, and Program Evaluation from Southern Illinois University. Owen has worked with congregations in Mississippi, Texas, and Kentucky. He also taught for six years at the Bear Valley Bible Institute and served as Academic Dean. He has been the pulpit minister for the Broadway church of Christ in Paducah, KY, since 1987. He and his wife Cindy reside in Paducah. 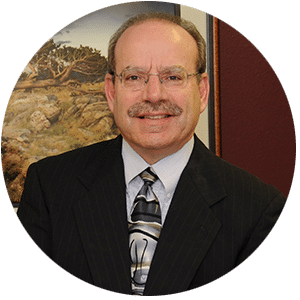 Denny is married to the former Kathy Roberts. They have been married since January, 1978. They have three children (Lance, Brett and Laura), and five grandchildren (Chloe, Ashlyn,
Sophie, Easton and Brelyn). He has served as the President of the Bear Valley Bible Institute since 2004 and has been a full time instructor since 1985. He has preached in Mississippi, Arkansas, Nebraska and Colorado. He has taught numerous classes for the World Video Bible School and has authored several books and commentaries. He graduated from the Bear Valley School of Preaching (now Bear Valley Bible Institute), received an AA degree in Bible (York College, York, Nebraska), BA in Bible and Biblical Languages (Harding University), MA in Old and New Testaments (Harding Graduate School of Religion), and a Ph.D. in Religious Education (University of Nebraska). 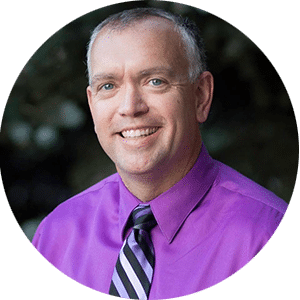 William Woodson holds an A.A. from Freed-Hardeman University, a B.A. from Union University, an M.A. from Harding Graduate School of Religion, and an M.Th. and Ph.D. from New Orleans Baptist Theological Seminary.  Woodson has worked with congregations in Tennessee and Mississippi.  He retired from local work in 1996.  He conducts gospel meetings, special studies, preacher training, and eldership training workshops.  Woodson and his wife Jeanne reside in Lawrenceburg, TN. 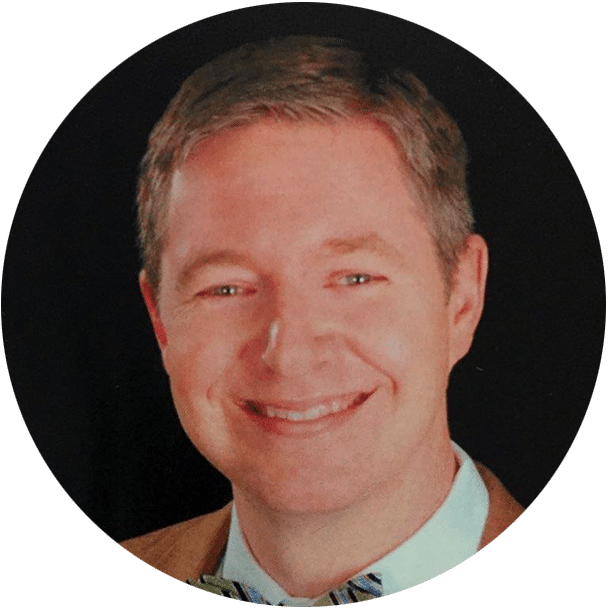 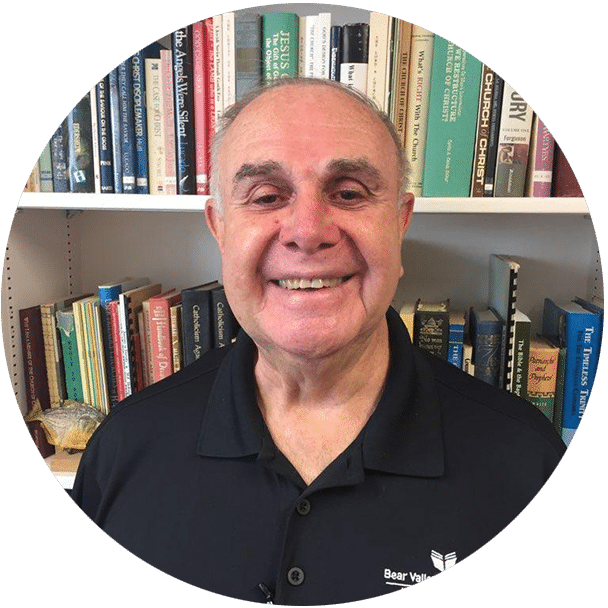